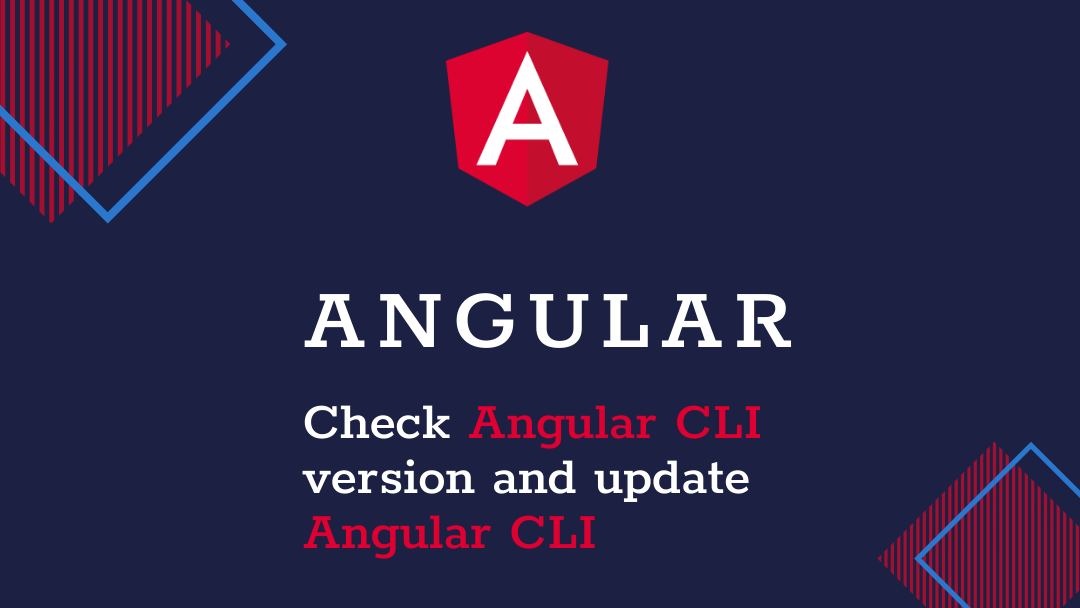 In this article, we’re going to see how can we check Angular CLI version and how can we update it using angular cli.

Major releases contain significant new features, some but minimal developer assistance is expected during the update.

In general, you can expect the following release cycle:

You can use any one of the following command to check the Angular CLI version.

If you’ll enter one of this command in command prompt. The following output will be displayed.

It’ll also show the version of other angular packages, rxjs and typescript.

Now at the time of writing this article, that latest angular version(stable) is Angular 9.1.11

Now we’ll see how can we update Angular CLI version

To update your angular version, there’s a Guide Angular Update Guide. You can follow the steps described over there and you can easily update to any version of angular from any version.

If you’ll click on the Show me how to update button, it’ll show the steps to update to angular 9.

Now follow the steps described there and your project will be updated to angular 9.

To update the angular CLI globally, you’ll need to uninstall existing angular cli package and then npm cache verify and the install the latest angular CLI as follows: